Skip to content
by Bill Hixon
Curbing Anti-Semitism, Promoting Life, Constitutional Carry
Wednesday of last week marked the midway period for the legislative session, and what a whirlwind of activity it has been. With this years' shortened legislative session, the crossover date for legislation has been adjusted and will now take place in about a month on April 10th. This simply means my House colleagues and I must pass any legislation to the Senate by that date in order for the bill to pass this year. We made good progress on that front last week.
Last year, our nation saw a drastic increase in anti-Semitic behavior among college students at institutions of higher learning. The nonprofit AMCHA Initiative, which tracks incidents of anti-Semitism on college campuses, reported 618 incidents of anti-Semitism for 2016 alone; a rise of over 30% in a one-year period. Last week, we took bipartisan action to give our state-owned institutions of higher learning the tools they need to combat bigotry and hate while protecting freedom of speech. This legislation sends a strong message that South Carolina opposes bigotry wherever it rears its ugly head.
Two key bills also cleared the initial subcommittee process in the House Judiciary Committee. First, the South Carolina Unborn Child Protection from Dismemberment Abortion Act cleared a key initial subcommittee with a unanimous vote. It now heads to full committee where Democrats are expected to viciously challenge the bill through all manner of legislative maneuvers. I will never waver in my support for the unborn and I look forward to voting in support of this important legislation.
The second bill of importance also clearing a key House Judiciary subcommittee this week was the Constitutional Carry bill. The measure put forth by retired law enforcement officer and pro-Second Amendment icon, Rep. Mike Pitts (R-Laurens), would eliminate the need to get a concealed weapons permit to carry a firearm in our state. However, this bill would also protect the existing CWP reciprocity agreements already in place with many other states. The measure now heads to full committee where, if approved, it will go to the House floor for a full vote.
Earlier this week the House passed a budget for the 2017-2018 years. Most of my next newsletter will contain more information on this budget. I hope to have this out to you this coming week.
In order for me to have a strong voice in Columbia, I have to communicate with my constituents. And that is you! My website, newsletters, mailers, and Facebook are the communication tools that I use. It takes extra time, staff, and campaign funds to maintain these tools.
If you would like to contribute, please mail a check to Hixon for House, P.O. Box 7927, North Augusta, SC 29861. You can also make a contribution online on my website.
I hope that you find this update helpful and informative. If I can help you with an issue, please let me know. Thank you for reading and allowing me to serve you.
Legislative Update   –  March 16, 2017

The House of Representatives amended, approved, and sent the Senate H.3247, a bill making comprehensive statutory revisions regarding MOPEDS. The legislation establishes new requirements for registering and licensing mopeds with the Department of Motor Vehicles. New safety requirements are established for mopeds including requirements for moped operators and passengers to wear reflective vests at night. The legislation provides that it is unlawful for a person to operate a moped on the public roads in this state that have a speed limit 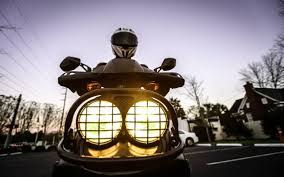 of greater than fifty-five miles per hour. A moped, while traveling along a multi-lane highway, must be operated in the farthest right lane except when making a left turn. No person may operate a moped at a speed in excess of thirty-five miles an hour. As with motorcycles, a person under the age of twenty-one may not operate or ride upon a moped unless he wears a protective helmet. Mopeds are exempted from ignition interlock device requirements of driving under the influence provisions. Those who sell mopeds are required to post signs that provide brief explanations of such matters as age restrictions, maximum speeds, and the definition of a moped. A moped seller is not required to obtain a motor vehicle dealer's license. The legislation replaces the multiple, sometimes conflicting, definitions for mopeds currently found in statutes with a single new definition for mopeds and makes other revisions to allow for greater consistency in the way that the laws governing motor vehicles, including DUI offenses, are applied to mopeds.
The House approved and sent the Senate H.3643, a bill which provides that in reviewing, investigating, or deciding whether there has been a violation of a college or university policy prohibiting discriminatory practices on the basis of religion, South Carolina public colleges and universities shall take into consideration the DEFINITION OF ANTI-SEMITISM established in this legislation for purposes of determining whether the alleged practice was motivated by anti-Semitic intent. The legislation derives its definition from a fact sheet issued in 2010 by the Special Envoy to Monitor and Combat Anti-Semitism of the U.S. Department of State. The legislation specifies that its provisions are not to be construed to diminish or infringe upon any free speech rights protected under the First Amendment to the Constitution of the United States or Section 2, Article I of the South Carolina Constitution, 1895.
The House amended and gave second reading approval to H.3652, a bill relating to ACCEPTABLE MATERIALS FOR WATER PIPES IN LOCAL GOVERNMENT PROCUREMENT PROJECTS utilizing state funds. The legislation provides that all piping materials that comply with sound engineering practices and meet project requirements as determined by an engineer, employed or retained by a governmental body or any political subdivision, must be allowed to participate in the bidding process when a governmental agency is procuring piping materials for a water supply, wastewater, stormwater, or storm drainage project for which state funds are used. The legislation does not prohibit governmental agencies' officials or engineers from choosing a material at their discretion for such projects. The provisions of the legislation do not apply if a supplier has pipe or piping materials suitable for a project purpose in stock or in inventory. 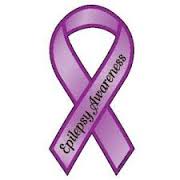 The House amended, approved, and sent the Senate H.3587, a joint resolution creating a temporary SEIZURE SAFETY IN SCHOOLS STUDY COMMITTEE to examine such issues as: the state of epilepsy awareness among public school teachers, staff, and administrators; basic training in seizure response appropriate for school personnel; and, existing laws, regulations, and policies affecting epilepsy and seizure safety in public schools. The legislation provides for the composition of the fourteen-member committee, four of whom are legislative representatives with the others representing the medical, education and parent communities. Recommendations must be reported to the General Assembly before January 31, 2018, at which point the study committee is dissolved.
The House approved and sent the Senate H.3513, a bill creating a SOUTH CAROLINA RETIRED EDUCATOR CERTIFICATE that may be held by a retiree who previously held a South Carolina renewable, professional educator certificate. An initial retired educator certificate is valid for thirty years. A certificate may be renewed and is valid for ten years. Renewal of a retired educator certificate does not require completion of professional learning or renewal credit. An educator who works under the retired certificate must work under a letter of agreement. Holders of such certificates are not exempt from professional development that is required by the local school district.
The House amended, approved, and sent the Senate H.3793 a bill authorizing certain applied, non-research DOCTORAL DEGREE PROGRAMS at four-year colleges and universities. The legislation makes provisions for a doctoral degree in Nursing Practice at Francis Marion University, a doctor of philosophy degree in Education Administration at Coastal Carolina University, and a doctor of philosophy degree in Computer and Information Science at the College of Charleston. Approval by the Commission on Higher Education is required for all of these degree programs. The new doctoral degrees are only allowed so long as new state general funds are not appropriated for their operation.
The House returned S.198 to the Senate with amendments. The

legislation revises provisions for MINORS OBTAINING BEGINNER'S PERMITS OR DRIVERS' LICENSES UNDER THE AUTHORIZATION OF RESPONSIBLE ADULTS who are willing to assume the obligation imposed for the licenses or permits. In an effort to ease and normalize the procedures for adults sponsoring minors under their care for permits and licenses, the legislation expands the list of those who may sign the application for a beginner's permit or driver's license of an unemancipated minor so that it includes not only mothers, fathers, legal guardians, and adults willing to assume responsibility for the minor, but also specifically references such individuals as stepparents, individuals who have custody, care, and control of the minor, as well as foster parents, pre-adoptive parents, or persons responsible for the welfare of the child who resides in a child caring facility or residential group care home, upon written approval by the Department of Social Services. The legislation includes provisions for obtaining beginner's permits and driver's licenses when DSS has guardianship or legal custody of the minor. The disclosure of information by DSS to the Department of Motor Vehicles in order to provide approval is not to be considered an unlawful dissemination of confidential information.
The House approved S.365 and enrolled the bill for ratification. The legislation makes provisions for the Department of Motor Vehicles to issue COASTAL CAROLINA UNIVERSITY "2016 BASEBALL NATIONAL CHAMPIONS" SPECIAL LICENSE PLATES.
The House approved and sent the Senate H.3256, a bill making provisions for the Department of Motor Vehicles to issue PALMETTO CROSS SPECIAL LICENSE PLATES to recipients of the Palmetto Cross Medal, which is a National Guard award presented by the Adjutant General in the name of the Governor to South Carolina citizens, military or civilian, who have distinguished themselves conspicuously by extraordinary heroism at the risk of their own lives under justifiable circumstances, or who have performed exceptionally outstanding service so as to make a lasting contribution to the state or nation.
The House approved and sent the Senate H.3861, a bill making revisions needed for MAINTAINING REAL ESTATE LICENSE RECIPROCITY ARRANGEMENTS WITH OTHER STATES. The legislation revises the authority of the Real Estate Commission to recognize nonresident real estate licenses on active status from other jurisdictions which reciprocate, so as to remove the requirement that these out-of-state applicants seeking licensure in South Carolina must complete successfully the state portions of the applicable examinations before their licenses will be recognized. 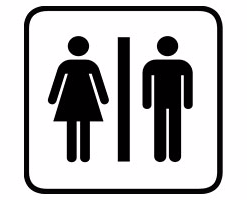 The House amended, approved, and sent to the Senate H.3792, a bill addressing MINIMUM STANDARDS FOR RESTROOMS AVAILABLE AT MIDDLE AND HIGH SCHOOL FOOTBALL STADIUMS. This legislation establishes minimum standards for the numbers of toilets and sinks available for men and women at middle school and high school football stadiums as a means of relieving public schools from the financial burden placed upon them by current requirements. The legislation's minimum standards apply notwithstanding otherwise applicable building codes and plumbing codes.
The Last Resort: SC infrastructure needs and how to address them:
5. We must address funding needs to fix our roads–it IS the last resort. 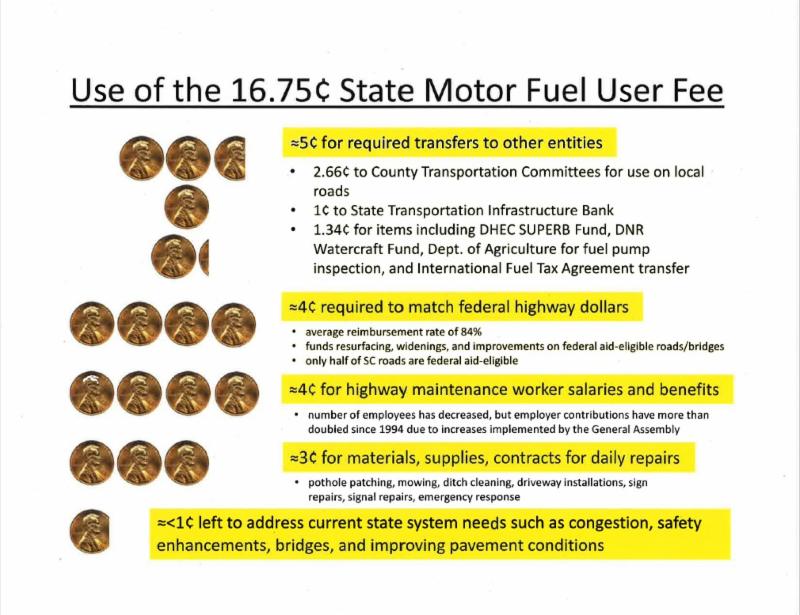 Summary of H.3516 as Amended 3/1/17
Motor Vehicle Sales Tax
* Establishes an Infrastructure Maintenance Fee (1 time 5%) must be paid prior to registration
* $500 cap applied to vehicles purchased in SC – collected by dealers at point of sale
* $250 cap applied to vehicles registered in other states & then registered in SC
* Active Duty Military, Spouses and Dependents are exempt from the $250 transfer fee
* Collected by SCDMV upon initial registration – $20 M/year in previously uncaptured revenue
* All new revenue deposited into Infrastructure Maintenance Trust Fund
* $90 M/year in total new revenue from the Infrastructure Maintenance Fee
* Effective date – July 1, 2017
* EIA is held harmless with no changes to current revenue (20% of revenues from first $300)