The House debated the state budget and passed H. 3720, the General Appropriations Bill for FY2017/2018, and H. 3721, the Capitol Reserve Fund Appropriations Bill. My Republican colleagues and I voted on a final budget that fully funds the necessities of our state while balancing the bottom line without debt.

In a release to the media, Speaker Jay Lucas (R-Darlington) and House Majority Leader Gary Simrill (R-Rock Hill) had the following to say regarding the budget:

House Speaker Jay Lucas said, "Although new revenue is scarce in comparison to years past, the House successfully appropriated additional educational resources for South Carolina students, provided a pathway to solvency for our state's retirement system, and assisted struggling families with Hurricane Matthew recovery. Ways and Means Chairman Brian White (R-Anderson) and the subcommittee chairman worked tremendously hard on this budget package and I am proud of the product this body has adopted as the financial blueprint for the next fiscal year."

House Majority Leader Gary Simrill said, "Each year the South Carolina House of Representatives fulfills its constitutional responsibility to originate and pass a statewide budget plan. This year was no different, and I applaud the strong leadership from House Speaker Jay Lucas and House Ways & Means Chairman Brian White for crafting a conservative budget. Unlike Washington, D.C., we balance our budget each year and do not engage in building deficits. House Republicans again delivered a budget package that reins in government spending, and stretches taxpayer dollars without raising income taxes."

I agree with their sentiments because much like a family budget, we prioritized needs over wants while finding a proper balance for long-term investments in the future of our state. Every dollar was scrutinized, and every penny accounted for.

Over the past three months the House Ways and Means Committee listened to testimony from dozens of government agencies and appropriated state dollars to fund the operations of state government. Some big-ticket items of note include:

· Addressing the building and maintenance needs of our state's struggling rural school districts with $100 million for capital improvements of K-12 schools.

Our state's conservative approach to budgeting is one reason we enjoy an outstanding AAA credit rating. The budget now heads to the Senate for further consideration

In order for me to have a strong voice in Columbia, I have to communicate with my constituents. And that is you! My website, newsletters, mailers, and Facebook are the communication tools that I use. It takes extra time, staff, and campaign funds to maintain these tools.

If you would like to contribute, please mail a check to Hixon for House, P.O. Box 7927, North Augusta, SC 29861. You can also make a contribution online on my website.

I hope that you find this update helpful and informative. If I can help you with an issue, please let me know. Thank you for reading and allowing me to serve you. 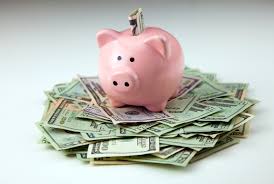 The Capital Reserve Fund is utilized to supply South Carolina's share in Federal Emergency Management Agency natural disaster recovery efforts, with $82 million provided for the state's FEMA match for Hurricane Matthew and $1.25 million provided for the FEMA match for the Pinnacle Mountain fire. $700,000 of these Hurricane Matthew FEMA match funds are allotted to the Town of Nichols which suffered particular devastation during the storm's floods.

The annual salary of each commissioner who has served on the Retirement System Investment Commission for longer than two years is reduced to one dollar.

$25.4 million is included to cover the increased costs of operating the state's health insurance and dental plans with no increases in the premiums paid by employees.

The Abbeville Equity Districts Capital Improvement Plan is afforded $100 million in nonrecurring funds to be allocated by the Department of Education for funding school facility upgrades at the plaintiff school districts in the Abbeville education lawsuit and any other school districts with a poverty index of at least eighty percent. Funding is to be used for construction or renovation of such instructional facilities as classrooms, libraries, media centers, laboratories, cafeterias, and physical education spaces, as well as for health and safety improvements and technology upgrades inside school facilities. Funding may not be used for land purchases or for other facilities such as those that support centralized district administration or interscholastic sports activities.

$12 million in Education Improvement Act funds is provided for technology aid to school districts which has previously been funded through the Education Lottery.

The legislation suspends the National Board Certification program with its teacher salary supplements and the $54 million in savings is redirected towards teacher retention.

$375,000 in Education Improvement Act funds is included for teacher supplies.

$3 million is included to help fund the cost of industry certification exams so that students in vocational programs will not have to bear the full cost of obtaining the certifications needed for pursuing their chosen careers.

Authorization is provided for all financial and programmatic management and operations of the John de la Howe School for at-risk youth to be suspended and all employees terminated, effective July 1, 2017. After the terminated employees final compensation has been paid all remaining funds and vacant FTE's are to be transferred to Clemson University PSA which is charged with managing and maintaining the grounds and other property of the estate and evaluating how agricultural educational programs might be implemented that would be in keeping with the terms of Dr. John de la Howe's will. Clemson University is to report to the Senate Finance Committee and to the House Ways and Means Committee by December 1 on its findings and recommendations.

Full funding is provided for the LIFE, HOPE, and Palmetto Fellows higher education scholarship programs. Again the scholarships are fully funded through the Education Lottery including the increases that are anticipated because of the conversion to a ten point grading scale in K-12 public education.

The Department of Employment and Workforce receives $498,854 for the Certified Work-Ready Communities Program which administers work readiness assessments to measure the quality and capability of the state's workforce.

$22 million is used to provide full funding for the constitutional reserve accounts that the state uses to cope with budget shortfalls.

The Local Government Fund is maintained at a funding level of $212 million.

The Department of Health and Human Services is afforded $45.4 million in recurring funds to address Medicaid program cost growth.

$8.8 million is provided from the Capital Reserve Fund for a Medicaid Management Information System.

The budget provides for the continuation of the Medicaid accountability and quality improvement programs of the Healthy Outcomes Initiative which focuses on meeting the needs of chronically ill uninsured patients in settings other than the comparatively expensive emergency room through a Primary Care Safety Net utilizing such resources as Federally Qualified Health Centers and free clinics.

The budget furthers efforts to enhance provider capacity in underserved communities through such initiatives as physician residency placements in rural areas. $4 million in nonrecurring funds is provided for a Rural Hospital Transformation Plan and $2 million in recurring funds is provided for a Rural Health Initiative partnership between DHHS and the USC School of Medicine to improve access to life-saving emergency room care in the wake of rural hospital closures. The state's telemedicine network is afforded $9 million through its proviso and a $2 million increase in recurring funds.

The Medical University of South Carolina Hospital Authority receives $5 million in recurring funds to begin the process of reestablishing an Adult Burn Unit in the state.

A provision is included prohibiting the use of any general funds to purchase fetal tissue obtained from an abortion to perform scientific or laboratory research or other kinds of investigation conducted on fetal tissue.

The Department of Mental Health receives $11 million for forensics and the Sexually Violent Predator Program.

The Department of Disabilities and Special Needs receives $9 million in recurring funds to increase front-line staff salaries agency wide from $10.11 per hour to $11 per hour.

$3 million in recurring funds is provided for aid to fire districts.

The Judicial Department is afforded $2.5 million in recurring funds for information technology infrastructure and $3.1 million for funding stabilization due to declining revenue from court fees and fines.

The Department of Public Safety is appropriated recurring funds in the amounts of $180,720 for information technology security positions, $88,000 for network infrastructure needs, $939,600 for in-car video cameras, and $700,000 for local law enforcement grants.

The salary and position of the Director of the Department of Public Safety is eliminated in the budget.

The Department of Juvenile Justice receives $502,375 in recurring funds for its correctional officer hiring rate adjustment and retention plan to reduce turnover rate at the agency.

Clemson PSA receives $700,000 for the statewide extension program and $600,000 to enhance agriculture and natural resources programs and facilities.

The State Election Commission receives $201,000 in recurring funds for the supervision of county boards of voter registration and elections.

The Division of Information Security at the Department of Administration receives $2 million in recurring funds for enterprise technology and remediation to enhance threat prevention and detection measures at state agencies.

The Department of Consumer Affairs is appropriated $153,113 in recurring funds for employee retention.

$6 million from the Litigation Recovery Account is provided for the Parks and Recreation Development Fund which is used for awarding grants to fund improvements at local government parks and recreational facilities.

The Department of Transportation is appropriated $5 million in current fuel revenue diversions to allow a greater percentage of SCDOT revenue to be used exclusively for repairs, maintenance, and improvements to the existing transportation system.

A voluntary local road transfer program is included to allow the Department of Transportation to enter into contracts with counties and municipalities to allow some of the thousands of miles of smaller, less-traveled, often fragmented stretches of roadways currently in the state highway system to come under local control. Mutual agreements may be reached that allow these local governments to assume responsibility for roads within their boundaries and receive compensation from SCDOT for roads transferred out of the state system that may include credits towards future construction projects, payment of funds from the state's share of the County Transportation Committee funds, or satisfaction of debt owed to the department.

The State Transportation Infrastructure Bank Board is required to provide live streamed coverage of all Board meetings to ensure transparency and access for the public.

The Division of Aeronautics receives nonrecurring funding in the amounts of $100,000 for airport facilities security system replacement and $150,000 for airline recruitment and retention.

The State Fiscal Accountability Authority is required to compile and post on its website a report on contract usage and administrative fees.

State employees with salaries under $40,000 are exempted from any mandatory furloughs that state agencies may have to institute as a cost-saving measure to address budget shortfalls.

A $1 million increase is provided for state aid to county libraries.

The Arts Commission receives $350,000 for grants to local arts organizations.

The Department of Archives and History is afforded $200,000 for the preservation of South Carolina's seven constitutions.