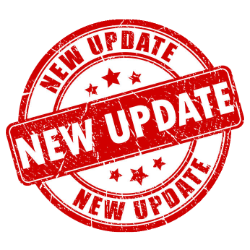 Dear Friends,
I just received the latest update from the Governors office on hurricane Florence. Please give me a call if I can help you.
Thanks,
Bill Hixon

COLUMBIA, S.C. – Residents in the southern most parts of South Carolina no longer need to evacuate due to Hurricane Florence. Due to updated predictions from the National Hurricane Center, Governor Henry McMaster, in coordination with state and local officials, has lifted the mandatory evacuation order for zones in Beaufort, Colleton, and Jasper counties, with the exception of Edisto Beach.

The mandatory evacuation executive order remains in effect for all zones in Horry, Georgetown, Charleston, Berkeley, and Dorchester counties and for Edisto Beach.
Additionally, the governor has ordered that schools and state offices in the following counties will be open beginning tomorrow, Wednesday, September 12: Aiken, Allendale, Bamberg, Beaufort, Barnwell, Colleton, Hampton, and Jasper.
Evacuation shelter locations for those evacuating from the state’s northern and central coastal counties will be available on scemd.org and in the SC Emergency Manager mobile app as soon as they are opened.

Evacuees should pack the following essential items in anticipation of a potentially prolonged evacuation period: required medications, adequate clothing, and essential personal items. Residents going to evacuation shelters should bring their own blankets, pillows, cots, and special food items if they are on restricted diets.
Individuals and families should plan to board pets with veterinarians, kennels, or other facilities in non-vulnerable areas. Pets are not allowed inside Red Cross evacuation shelters.
People who live in the following coastal areas must evacuate beginning noon today. Residents who do not know their zones can visit SCEMD’s “Know Your Zone” website where they can enter their address and be given their precise zones and view detailed maps of the zones.

Lane Reversals and Evacuation Routes
The governor also announced that the lane reversal on I-26 will begin immediately and ahead of schedule, due to the swift work by DOT and DPS personnel. All other lane reversals will begin as previously indicated at 12 noon.

(All evacuation routes and zones are detailed in the 2018 S.C. Hurricane Guide). Residents can all the state’s emergency hotline at 1-866-246-0133 if they have questions about the ongoing preparations for Hurricane Florence.