I’m up for re-election this year and I have an opponent. I need your help, support and vote. Thank you for allowing me to serve you in the House District 83.

If you would like to contribute, please mail a check to Hixon For House, P.O. Box 7927, North Augusta, SC 29861 or by this link: Contribute to Representative Hixon’s Campaign.

I hope that you find this update helpful and informative. If I can help you with any issue, please let me know. Thank you for reading and allowing me to serve you.

“By allowing SCANA to continue to collect money from hardworking SCE&G ratepayers for a failed and fraudulent nuclear project, the Senate is sending a clear message that it prioritizes big business over South Carolina families. The legislative process is designed to work out policy disagreements by way of a conference committee, rather than caving to a particular body’s demands. The House is committed to advocating for full and total relief for SCE&G customers and our conferees stand ready to continue the fight for ratepayers.”
Background: The legislation is now set to go to a conference committee where three House members and three Senators will work out the differences between its respective versions. The original version of the Senate amendment did not include any ratepayer relief and was amended by the House to drop the 18% monthly nuclear premium temporarily to zero. Once the Senate received the legislation again, it was amended to its current form which allows SCANA to charge a 5% monthly premium for the $9.5 billion failed VC Summer nuclear project.

*Besides this piece of legislation that provides temporary relief until the beginning of next year, the House has passed four bills addressing the VC Summer nuclear fallout that have failed to make any significant movement in the Senate: (1) H.4375 – Long-term ratepayer protection relief that drops the nuclear surcharge from 18% to 0% permanently; (2) H.4379 – Create a consumer advocate within the Office of Regulatory Staff (ORS); (3) H.4377 – Public Service Commission reform (PSC); and (4) H.4378– Create a Utility Oversight Committee.

Grass Cutting in the SCDOT Right of Way: Grass is beginning to grow in right of ways around our district. In Aiken County, DOT contractors have started cutting the grass on the interstates with secondary roads to follow in cycles between now and late October. If you are aware of an area where high grass is obstructing vision for drivers as they enter or exit certain roads in our County, please call the SCDOT at 641-7665.

SCDOT — Infrastruture Maintenance Trust Fund (IMTF): The South Carolina Department of Transportation (SCDOT) has taken more steps to allow the public to view a detailed revenue statement and project list that is supported by the Infrastructure Maintenance Trust Fund (IMTF). The information made public is a further effort to assist South Carolinians in keeping track of the additional gas tax revenues which are deposited in the IMTF. The IMTF funds the 10-Year Plan to Rebuild South Carolina’s roads. Earlier this year, SCDOT added the IMTF Report on the agency’s web site to provide a monthly statement of how much revenue is available for the improvement projects. The revenue statement and the project list have been added to the IMTF Report as of March 1st. The SCDOT Infrastructure Maintenance Trust Fund (IMTF) Revenue and Project reports can be found here.

SCDOT Road Project Link: SCDOT has created an interactive map to allow citizens to see the road and bridge projects going on around the state. To view it, go here.

Academic Common Market : Several constituents have asked for more information on the Academic Common Market which is administered by the Southern Regional Education Board (SREB). The Market allows for South Carolina residents who are enrolled in specific programs at out-of-state institutions to be charged only the applicable in-State tuition by the institution in which the student is enrolled. Eligible programs are those programs which are at least 50 percent different in curricular content than programs offered in South Carolina. Participating states are Alabama, Arkansas, Delaware, Florida, Georgia, Kentucky, Louisiana, Maryland, Mississippi, Oklahoma, South Carolina, Tennessee, Texas, Virginia, and West Virginia (Florida and Texas participate only at the graduate level). There is no cap on the number of students who can utilize the program. Students must meet the requirements which are (a) acceptance into the specfic program not offered in South Carolina; (b) enrolled full time; and (c) be a South Carolina resident. In 2016, 122 students from South Carolina utilized the program. 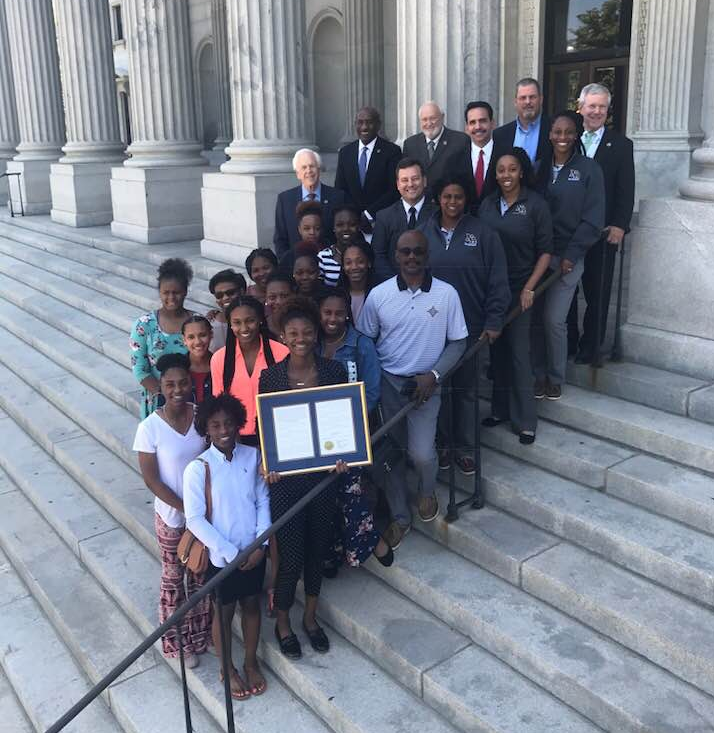