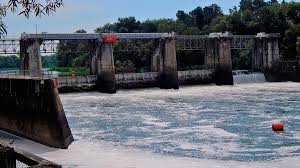 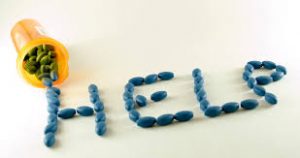 On Friday, March 22, I met with Deputy military Legislative Assistant at U.S. Senate and other members of U.S. Senator Lindsey Graham’s office to discuss the future of the Savannah River Lock and Dam. Also, in attendance were members of Congressman Joe Wilson’s office, Tom Young, Mayor Bob Pettit of North Augusta, Mayor Hardie Davis, Jr. of Augusta, and a representative from Kimberly Clark. Representatives of Senator Graham’s office were amazed at the large size of the Lock and Dam and as we concluded our meeting, they were arranging a meeting with the top three General’s of the Corp of Engineers. They promised to help us any way they can because they understand the Lock and Dam is very important for the river frontage in North Augusta/Aiken County and Augusta as it maintains the water level between the two cities. 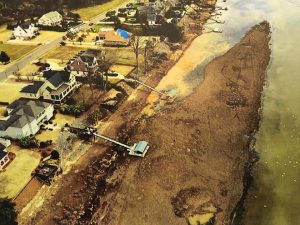 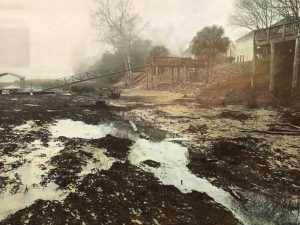 Savannah River Lock and Dam:  The Savannah Harbor is currently being deepened for the Savannah Port. Construction of a fish passage for the Short nosed Sturgeon is a condition of a required permit because the harbor deepening will destroy some habitat of the fish and it is believed that allowing the fish to travel in the river above the Lock and Dam will mitigate this damage. There is no fish passage with the current Lock and Dam which is over 80 years old. Rather than repair the existing Lock and Dam and add a separate fish passage, the Army Corps’ preferred alternative is to build a rock weir in the river near the current Lock and Dam. Because the rock weir will be fixed (and not adjustable like the existing Lock and Dam), the water level must be lowered between North Augusta and Augusta to prevent flooding concerns. In mid February, the Army Corps of Engineers lowered the Savannah River pool between North Augusta and Augusta to the level where it will be permanently if the Corps’ preferred alternative moves forward. When the Corps lowered the river’s pool, thousands of people on both sides of the river were astounded at the Corps’ proposal for the river. The Corps ended the simulation several days early because of fears that portions of the river bank on the Georgia side would collapse. To see the Army Corps’ projected models for different alternatives, go here. To see a recent editorial in the Augusta paper opposing the Army Corps’ preferred alternative, go here. To see a recent editorial outlining some of the legislative and Army Corps history, gohere.

What Can You Do?: It is critical that anyone who opposes the Corps’ current proposal let the Corps know by commenting during the comment period which ends on April 16. To send your comments, do either or both of these as follows:

This month was a big step forward in reducing income taxes in South Carolina. Months ago, House Speaker Jay Lucas created a special legislative committee to focus on tax reform and research what we can do to improve our tax system. The first bill to come out of the committee is focused on reducing income taxes. A major highlight of this bill (H.4334) is that it will reduce income taxes from 7% to a flat rate of 4.5% making SC even more competitive with neighboring states.

It has been a very busy three months at the State House. We have sent 99 bills to the Senate, yet a large majority have not been taken up. We look forward to seeing them work as hard as we have in the House on education and the budget.

The days are finally getting longer and we’re nearing the middle of the legislative session which, for the House, means “Budget Week,” our week-long debate on the $8.7 billion 2019-2020 budget. After going through the budget line by line and working past midnight, we successfully sent this year’s budget to the Senate with only one “nay” vote. See below for more details on what is included in this year’s budget.

It is proving to be a big year for South Carolina’s economy with the Governor and lawmakers working together to create a balanced budget, reforming our antiquated tax system, and focusing on efforts to attract businesses into our state.

Budget Week: After months of working with Gov. McMaster, building consensus, and many hours of debate, we passed our General Appropriation Bill for the 2019-2020 fiscal year. This year’s budget is focused on investing in education and workforce development by increasing teacher pay, providing tuition assistance, and funding for workforce training programs.

Not only does the budget not increase taxes, it actually provides tax relief in the form of a rebate for everyone who pays income tax. Many amendments were considered one of which was to add Gov. McMaster’s language to ensure taxpayers will not have to pay for abortion services at Planned Parenthood.

When we began assembling this budget, it was important to me that it be built on the foundation of protecting taxpayers, a renewed commitment to being resourceful and efficient, funding only core functions of state government, and providing value for every dollar we spend.

The budget will now go to the Senate for their consideration.

Highlights from the budget:

To find out more about the budget visit: https://www.schousegop.org/more

Federal Funding for the S.C. Ports Authority: In his budget request to Congress, President Trump included $138 million to continue dredging Charleston Harbor!  It’s great to have a President who understands the importance of the economic engine that the Ports represent to South Carolina.  A former member of the South Carolina House, Mick Mulvaney, who now serves as the President’s Chief of Staff, deserves as shout-out as well for his work to ensure these funds were included in the President’s budget. Our state has already contributed $300 million for this dredging project, which will allow the largest container ships in the world to now utilize the Charleston Port.

Quote of the Week: “Today the House passed a responsible, conservative budget that invests in this state and gives taxpayers value for their tax dollar. After months of working with state agencies, the public, and Governor McMaster, all of whom provided input and vetted budget items, I’m proud to say this budget accomplishes the goals we set in the beginning: retaining teachers, funding higher education while freezing tuition, protecting taxpayers, and funding the core functions of government.” -Ways and Means Chairmen Rep. Murrell Smith on passing the House budget.

Important ethics legislation was filed this week to increase transparency and accountability at Santee Cooper.

– Regular reports to a standing joint legislative review commission of board and management decisions, finances, rate, and operations.

– Codifying the requirement of the public broadcast of meetings and a record of materials.

– Requiring an evaluation by a joint legislative review commission.

– Codifying a retail rate proves that it is known to its customers and would involve the Office of Regulatory Staff.

– Ending the terms of the current board members, ensuring shorter terms for board members, increasing the qualifications for service on the board, and requiring 7 of the board members be elected by the General Assembly.

Wild Turkey Hunting Season: It’s officially turkey season! Under the state law passed in 2015, the wild turkey hunting season statewide for 2016 through 2019 for hunting male turkeys on private land is from March 20 – May 5 with a statewide season bag limit per hunter for male turkeys at 3. For four seasons, those changes were to be in place while an extensive study of wild turkeys occurred across the state. That study was recently completed, and SCDNR now recommends changes to the turkey hunting season and to bag limits. We filed legislation this week to make changes to the season and bag limits. 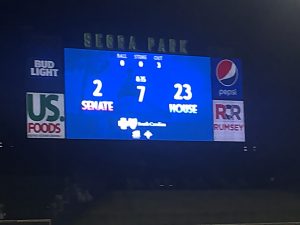 The House defeated the Senate in the annual BlueCross BlueShield baseball game 25-3! We enjoyed beating our friendly rivalry at the Spirits Communications Park, home of the Columbia Fireflies.