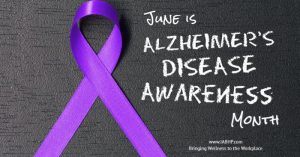 I am continuing my work on our river. I talked to the attorney who has been advising South Carolina on Lock & Dam issues several times last week. South Carolina is prepared to defend our river. Our Governor, his staff, and our Attorney General Alan Wilson along with Congressman Wilson and Duncan are working hard to get the Corps to work with us.

Thank you for allowing me the opportunity to serve as your State Representative in Columbia. With the first session of the 123rd General Assembly ending earlier this month, I am including an update on the accomplishments in the South Carolina House of Representatives over the past few months.

During his State of the State address in January, Governor McMaster proclaimed this year to be the ‘Year of Education,’ and the House took that charge seriously by passing a transformative education bill aimed at fundamentally reforming the way we educate our children. In addition, the House passed a balanced, efficient, value-driven budget; took the necessary steps to protect ratepayers and taxpayers in the Santee Cooper debacle; gave teachers and state employees a much-deserved raise; expanded solar energy options for consumers; took steps to protect the lives of the unborn and passed numerous other positive legislative initiatives.

While not all of the bills that passed the House were passed by the Senate or signed by the Governor, here are a few of the major accomplishments from the House this session. As a reminder, this is the first year of a two-year session, so legislation that did not pass the Senate can be continued when we return next January.

2019 -2020 Budget : The 2019-2020 budget is built on the foundation of protecting taxpayers, a renewed commitment to being resourceful and efficient, funding core functions of state government, and providing value for every dollar we spend.

Education: The House passed a comprehensive education reform bill that includes raising teacher pay, decreasing statewide testing, consolidating small school districts, and creating a committee that will monitor the education achievements from pre-K to post-graduation. The bill, crafted with input from Governor McMaster as well as teachers and educators from across the state, was sent to the Senate where parts of our bill (offered in smaller separate bills) have been moving forward. We are hopeful that when the Senate comes back in January, they move forward with passing the House bill.

Highlights from The S.C. Education, Career, Opportunity, and Access for All Act:

Solar Energy Expands: The Energy Freedom Act passed the legislature unanimously and was signed by the Governor. The bill expands rooftop solar energy options by removing the existing 2% net-metering cap, allows solar customers to be compensated for the energy they produce and send back to the grid, and establishes a regulatory structure for future solar energy to compete with larger utility companies. Solar energy in our state is booming. In 2016 there were 1,160 cumulative installations; today the state is home to more than 18,000 solar systems and is expected to add 22,000 systems over the next five years.

Rideshare Safety: In the wake of the tragedy involving the killing of Samantha Josephson, a USC student, the legislature passed The Samantha Josephson Rideshare Safety Act. Once signed by the Governor, Uber and Lyft drivers will be required to display their license plate numbers somewhere on the front of their vehicles – where riders can easily see them and make sure they are getting into the right car.

Santee Cooper Update: The legislature is moving forward with the process of deciding what to do with Santee Cooper in wake of the $9 billion debt accumulated from the failed VC Summer nuclear plant by the state-owned utility. The Department of Administration will seek binding offers from companies interested in purchasing Santee Cooper as well as offers from companies interested in managing Santee Cooper. In addition, Santee Cooper will be asked to submit its own plan on how they would improve if allowed to maintain ownership. The Department of Administration is charged with evaluating offers from these companies and bringing the best proposals to the General Assembly to consider by January 15, 2020.

Heartbeat Bill: The Fetal Heartbeat Bill bans abortions once a fetal heartbeat is detected by a physician with exceptions in cases of a medical emergency, rape, or incest. The House voted 70-31, mostly along party lines, to pass the legislation and send it to the Senate. Similar bills introduced in 2013, 2015, 2017 and 2018 all died before making it to the House or Senate floor. This is the furthest the legislation has progressed in South Carolina.

Professional Sports Teams: The legislature passed a bill that will allow professional sports teams the same tax incentives as other large corporate companies who choose to bring their business and create jobs in the Palmetto State. The Panthers are moving their practice facilities and corporate offices to the Rock Hill area, which will officially bring the North Carolina NFL team into South Carolina’s economy. This move is expected to bring at least 5,700 jobs and more than $3 billion in economic development to South Carolina.

Veterans: The legislature passed and the Governor signed into law a bill to elevate the South Carolina Department of Veterans Affairs to a cabinet level agency. The Governor also signed into law a bill that will give in-state tuition for military personnel and their dependents regardless of the amount of time they have spent in that state. The House passed the Workforce Enhancement and Military Recognition Act, which removes the present limit in relation to the income deduction of military retirees. It also allows military retirees at the age of 65 to deduct any military retirement income that is included in their taxable income. The Senate has yet to take up this bill. These bipartisan bills reflect South Carolina’s strong military tradition and show appreciation to our veterans.

As your State Representative, I am honored to serve you in Columbia. Please feel free to contact me with any comments, issues, or concerns that you may have.

How you can help: